In a previous blog “Five necessary areas for improvement of your team,” I outlined 5 areas that most teams need to step up in. In this blog, I want to elaborate on the first area: Boldness and Courage.

Most leadership teams avoid the tough, uncomfortable conversations. Whether it’s giving honest, direct and critical feedback and coaching to others, or making difficult decisions about budgets, resources and other areas that affect power and status – the common tendency is to take the safe, easy way out.

Even when managers and team members attempt to say what’s really on their minds, a lack of courage often leads to things being said in such a diplomatic and sugarcoated way that the impact of the message is lost in its tepid delivery. And while diplomacy may allow team members to address some problems efficiently at times, critical issues demand an energy, passion and direction that cannot be gained from adherence to cautious, “be careful” behavior.

Although some may deny this to be the case, I strongly believe that 95% of the challenges, problems and dysfunction existing within teams are due to team members simply being afraid, hesitant, or resigned to have the hard conversations.

Even at the highest levels, I frequently see leaders being reluctant to rock the boat with their peers or boss, as they may be viewed as petty or make themselves vulnerable out of a concern or fear of negative consequences.

In other times, leaders and team members are so convinced nothing will come of any heroic efforts that they succumb to the pervasive mindset of, “Why stick my neck out?” and its political adaptive maneuver, “Pick your battles.”

To top it off, leadership teams caught in the courage conundrum don’t acknowledge that it’s the lack of willingness to speak up that leads to failures and issues. Instead, they blame various circumstances by using excuses such as:

We have conflicting priorities.

There is not enough time to get done what we need to do.

We can’t succeed because another department isn’t doing their job.

We don’t have enough resources to get done what we want to do.

Can you relate to any of this? To be sure, please answer the following questions about your team’s dynamic:

Do team members make tentative and contingent commitments by saying yes and agreeing to decisions they are not fully resolved about?

Do team members try to escape accountability by saying, “I was never fully on board with this in the first place”?

Do team members tolerate confusion and misunderstanding in the discussion stages and then use those as justifications when things don’t get done?

Do people see that things are going to break down, but still they don’t say anything about it?

Do team members have concerns about their colleagues’, or leader’s sincerity and/or effectiveness, but they don’t confront them?

Do team members hear others make commitments that they know are not going to happen, but they don’t speak up or hold others accountable?

Do team members know that there is an elephant in the room but still they not address it?

Does their “yes” not mean yes, and their “no” not mean no?

Are their promises empty?

Do team members sit in the meeting, choosing what they say or don’t say based on what is safe and politically correct?

Are people aware that there is no real alignment or agreement, but no one says it?

Do team members engage in undermining conversations about their fellow members or their departments, rather than confronting colleagues on the issues?

Do people talk about themselves as team players, smile in the strategic meetings, and then go behind their colleagues’ backs to badmouth them?

Do team members promote themselves and their careers at the expense of others?

When things don’t work, do team members spend more time making sure everyone knows “it’s not their fault” than actually trying to fix the problem?

Do team members copy everyone on emails just to protect themselves and “cover their behinds?”

Is there a lack of, or insufficient, results or progress?

Are team members always looking over their shoulders and suspicious of the others’ agendas?

If you answered most or all of these questions with a YES, your team has an opportunity to become stronger. If so, you aren’t alone. As I said before, most team members avoid difficult discussions. The good news is, it doesn’t have to be this way.

In a future post, I will share more about what you can do to make your team dynamic more authentic and courageous.

Brutal honesty is not enough. 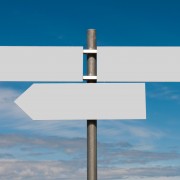 Choosing when you think you don’t have a choice…

Followon TwitterSubscribeto RSS Feed
Are you balancing the long term and short term?