I am dedicating this week’s blog to a great man, entrepreneur and business icon who passed away on September 11, 2019 at the age of 91, T. Boone Pickens

I have met quite a few highly successful and wealthy entrepreneurs and business leaders over the years. Some of them inspired me, some did not.

T. Boone Pickens inspired me. He accumulated and lost a great deal of wealth in his life. He was a bold entrepreneur who stayed true to his vision and business values his entire long life. He took bold risks, even in the face of adversity, he reinvented himself a few times in his life, and he was always open to new ideas and change.

Many powerful and wealthy people let their success ‘go to their head’. They become arrogant and condescending. T. Boone Pickens remained humble and generous. I admired that about him.

The following message from T. Boone Pickens was written prior to his passing on September 11, 2019 – I hope it will inspire and touch you the way it did me.

If you are reading this, I have passed on from this world — not as big a deal for you as it was for me.

In my final months, I came to the sad reality that my life really did have a fourth quarter and the clock really would run out on me. I took the time to convey some thoughts that reflect back on my rich and full life.

One question I was asked time and again: What is it that you will leave behind?

That’s at the heart of one of my favorite poems, “Indispensable Man,” which Saxon White Kessinger wrote in 1959. Here are a few stanzas that get to the heart of the matter:

Sometime when you feel that your going
Would leave an unfillable hole,
Just follow these simple instructions
And see how they humble your soul;

Take a bucket and fill it with water,
Put your hand in it up to the wrist,
Pull it out and the hole that’s remaining
Is a measure of how you’ll be missed.

You can splash all you wish when you enter,
You may stir up the water galore,
But stop and you’ll find that in no time
It looks quite the same as before.

You be the judge of how long the bucket remembers me.

I’ve long recognized the power of effective communication. That’s why in my later years I began to reflect on the many life lessons I learned along the way, and shared them with all who would listen.

Fortunately, I found the young have a thirst for this message. Many times over the years, I was fortunate enough to speak at student commencement ceremonies, and that gave me the chance to look out into a sea of the future and share some of these thoughts with young minds. My favorite of these speeches included my grandchildren in the audience.

What I would tell them was this Depression-era baby from tiny Holdenville, Oklahoma — that wide expanse where the pavement ends, the West begins, and the Rock Island crosses the Frisco — lived a pretty good life.

In those speeches, I’d always offer these future leaders a deal: I would trade them my wealth and success, my 68,000-acre ranch and private jet, in exchange for their seat in the audience. That way, I told them, I’d get the opportunity to start over, experience every opportunity America has to offer.

If I had to single out one piece of advice that’s guided me through life, most likely it would be from my grandmother, Nellie Molonson. She always made a point of making sure I understood that on the road to success, there’s no point in blaming others when you fail.

Here’s how she put it:

“Sonny, I don’t care who you are. Someday you’re going to have to sit on your own bottom.”

After more than half a century in the energy business, her advice has proven itself to be spot-on time and time again. My failures? I never have any doubt whom they can be traced back to. My successes? Most likely the same guy.

Never forget where you come from. I was fortunate to receive the right kind of direction, leadership, and work ethic — first in Holdenville, then as a teen in Amarillo, Texas, and continuing in college at what became Oklahoma State University. I honored the values my family instilled in me, and was honored many times over by the success they allowed me to achieve.

I also long practiced what my mother preached to me throughout her life — be generous. Those values came into play throughout my career, but especially so as my philanthropic giving exceeded my substantial net worth in recent years.

For most of my adult life, I’ve believed that I was put on Earth to make money and be generous with it. I’ve never been a fan of inherited wealth. My family is taken care of, but I was far down this philanthropic road when, in 2010, Warren Buffet and Bill Gates asked me to take their Giving Pledge, a commitment by the world’s wealthiest to dedicate the majority of their wealth to philanthropy. I agreed immediately.

I liked knowing that I helped a lot of people. I received letters every day thanking me for what I did, the change I fostered in other people’s lives. Those people should know that I appreciated their letters.

My wealth was built through some key principles, including:

Over the years, my staff got used to hearing me in a meeting or on the phone asking, “Whaddya got?” That’s probably what my Maker is asking me about now.

I left an undying love for America, and the hope it presents for all. I left a passion for entrepreneurship, and the promise it sustains. I left the belief that future generations can and will do better than my own.

Thank you. It’s time we all move on. 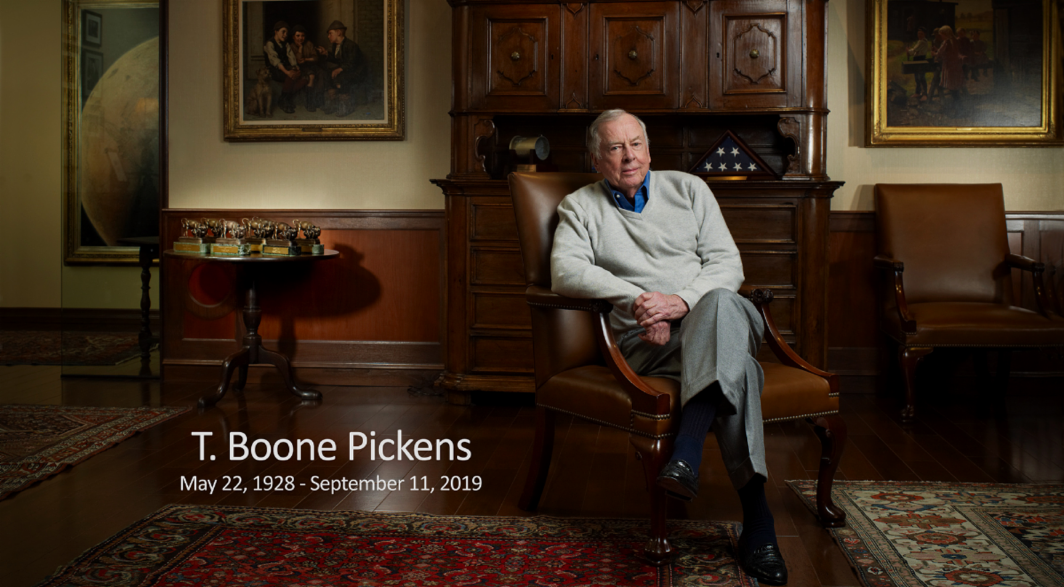