Many managers and leaders assume their people automatically will commit to a new direction or strategy. They believe they should not have to ask for people’s commitment. They come from a school of thought that employees are obliged to align when a boss askes for it. It’s a belief to the effect of, “We shouldn’t have to beg you to get on board. That’s what you are paid to do. This isn’t a democracy. As soon as you understand the rationale and valid business reasons for this direction or strategy, you should be fully behind it.” This assumption is incorrect and dangerous. We find that this attitude often stems from a view that compliance is the same as commitment. It isn’t.

Let’s be clear, low levels of commitment do not mean that people won’t do their jobs. Fear of being fired for sub-optimal job performance is enough to motivate most people to do what it takes to keep their positions. Plus, from a less cynical viewpoint, most people are proficient enough at their jobs to perform it without applying their full passion, dedication, intelligence and commitment. We can assume the Pyramids were not built by what anyone would call an enthusiastic work force. Therefore, lukewarm organizational commitment to a strategy or initiative will not inherently guarantee its failure.

But true commitment goes far beyond compliance. When people are committed, they behave differently in key ways:

A committed organization is one whose employees work harder to accomplish their tasks. It’s a place where people anticipate problems and resolve them early, before they fester. Excuses are not tolerated — only answers and actions to how problems are going to be fixed. People love coming to work. They’re more productive, creative, attentive and aware.

Contrast that with an environment of compliance. People don’t take the new initiatives to heart. They don’t ache for it or want it in their gut. If it fails, they don’t lose sleep over it. In fact, they brush it off as someone else’s fault. Because they don’t view the game as their own, they avoid expressing their views including when they feel things are not working the way they should. And, if things fail they have no problem taking out the “I told you so” card. They detach themselves emotionally from its success or failure, and by making few or no guarantees to deliver specific outcomes, they are less likely to see a personal role in making the initiatives happen.

If you wanted to join a team or bet on a team’s success, which of the two would you want to be a part of, or bet on? 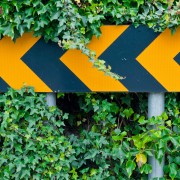 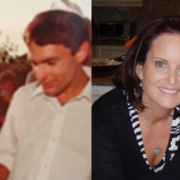 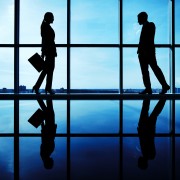 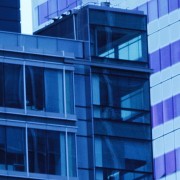 Organizational politics at its worst
0 replies

Followon TwitterSubscribeto RSS Feed
Do you know how to receive a compliment?

We sentence ourselves in our sentences
Scroll to top