Much of management literature on leadership gives executives wrong ideas about how to generate alignment and ownership in their teams. When the leader believes his role is to be lead visionary at the company, he can take that to its logical excess: feeling responsible for coming up with all the key details of the strategy. But that often means the leader will exclude others from shaping the strategy without even noticing it. That will discourage people from embracing the strategy and produce mere compliance.

Leaders often believe that too many participants in the strategy planning process will prolong the process and dilute the clarity, validity, and relevance of the work product. Therefore, they put the creation of the strategy in the hands of a trusted few (often the strategy group or a selected group of confidants), and share the final product with those charged with execution once it is complete or nears completion.

The CEO of one of the firms we worked with, for example, believed the optimal size group should be the heads of his five business lines, and that the heads of the support functions should be excluded. His firm belief was that the HR, IT, Finance and Legal department managers would have little to offer in the strategy conversation, and in fact would impede progress. Over time, however, he became frustrated that these managers were executing the strategy too slowly.

This CEO’s attitude is quite common. Executives who think that way fail to realize the downside of keeping strategy development an exclusive process. The faster the CEO’s chosen leaders generate the content of the strategy, the slower they will generate genuine ownership and accountability within the company’s managers and employees for its fulfillment. In addition, I have seen many times leaders who are excluded from the strategy creation process feeling disrespected, and as a result finding it hard to support their colleagues’ decisions. Even if they don’t express these sentiments they view the strategy as not “their’s.”

Furthermore, a tightly controlled strategy process discounts the experience and expertise these senior professionals could offer to ensure the content of the strategy passes the litmus tests of validity and relevance across the broadest possible spectrum of constituents.

The CEO mentioned above added the heads of the support functions to his strategy-development team after realizing that they could make significant contributions. That sent a message to the organization that people were important and that the strategy development process was becoming more inclusive.

Excluding a number of senior executives from strategy development also undermines the ability of the leadership team as a whole to operate as a cohesive team with a shared purpose. When rallying the troops senior leaders may say the politically-correct things, however people will see through their lack of sincerity and courage. As a result managers and employees will hold back their commitment and play the risk-averse game. In turn, that will slow down the pace of strategy adoption and execution.

When consultants are brought in to create or direct the content of the strategy, no matter how sound they may make it, the probability that people will relate to the strategy as “theirs” and not “ours” is even higher. In fact, I have seen many instances in which, months or even years into the execution of a strategy, it is still referred to as the “X Consulting Firm’s” strategy. We’re not advocating the exclusion of consultants if they are needed. But giving consultants the exclusive task of creating the content will make it difficult for others (be more specific that “others”)  to own it and commit to it.

Any strategy is only as strong as people’s relationship with it. I have seen small leadership teams that created ineffective strategies that people didn’t rally behind and large leadership teams that created powerful strategies that everyone rallied around with passion. The difference was not the number of people participating in the process. It was having the right people around the table who know how to have a robust conversation that resulted in 100% alignment and ownership across the board.

In one of my future blogs I will elaborate more on how to conduct a powerful strategic planning conversation that achieves 100% clarity, alignment and ownership, no matter how many people participate in the discussion. 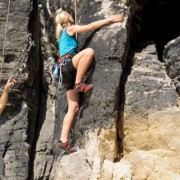 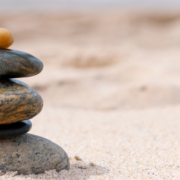 Are you balancing the long term and short term?
0 replies

Followon TwitterSubscribeto RSS Feed
We sentence ourselves in our sentences

Are you asking for what you want?
Scroll to top